One of my favorite meals my mom used to make for me when I was little was Carne Molida con Papas (Ground Beef and Potatoes).  Now that I'm older and I have learned how to make it I've added my own twist to it. 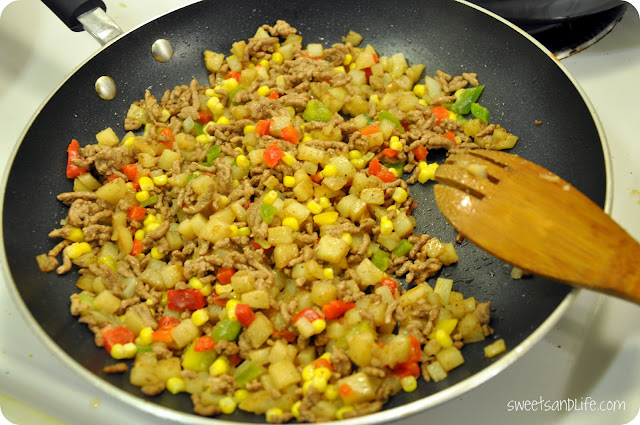 You will need about 2 to 4 medium size potatoes depending on how much you're making. 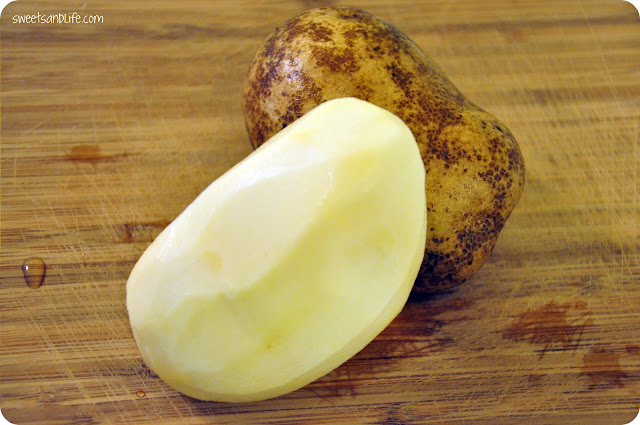 Use a potato peeler to take the skin off and dice them up pretty small. Note: The smaller you dice them the faster they will cook. 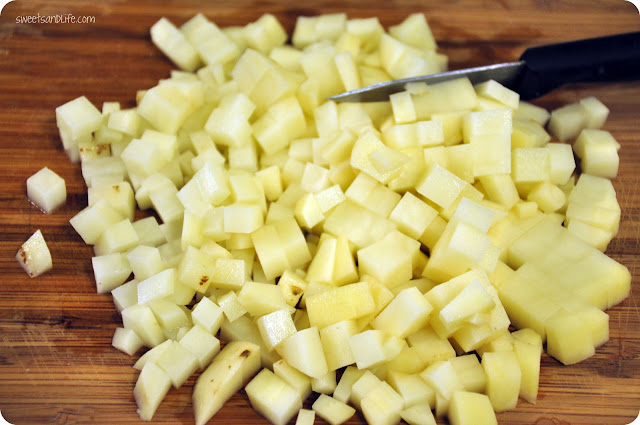 Once they are diced place them in a nonstick skillet with a tad of vegetable oil so that the potatoes don't stick.  Keep sautéing the potatoes until they are golden brown. 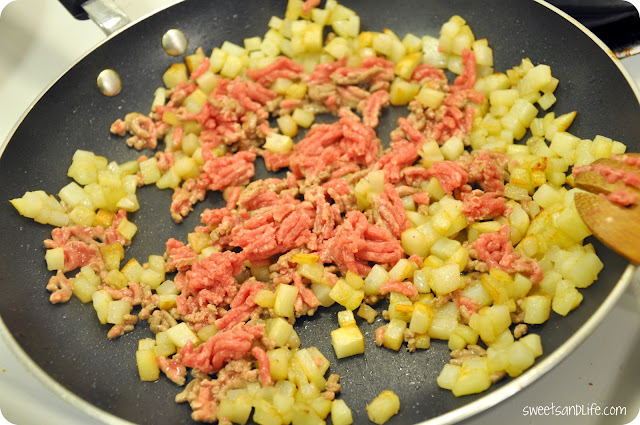 Keep sautéing until beef it is browned.  Stir and sprinkle on all the spices.  At this point my mom would consider this done but now me. 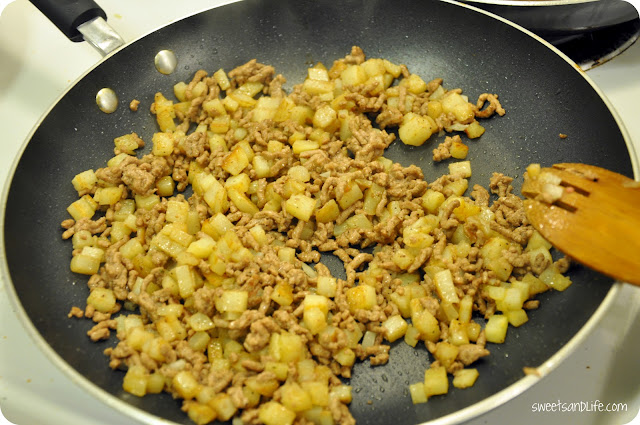 I like to bulk up my meals with lots of veggies.  I toss in about 1/2 cup of diced frozen bell peppers and 1/4 cup of frozen yellow corn.   Stir everything around until its nice and hot. 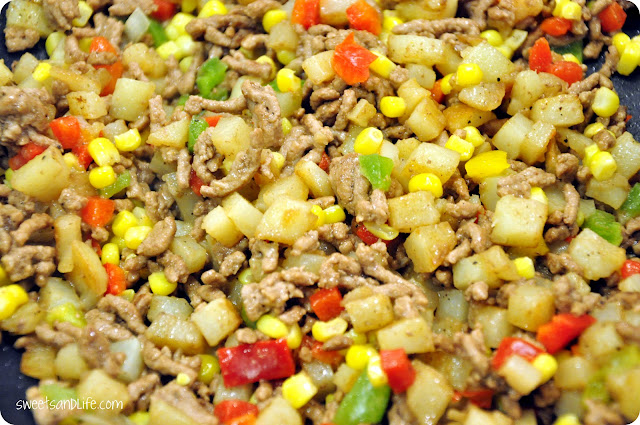 Dice potatoes, onion, tomatoes, and bell peppers. Sautee diced potatoes with vegetable oil in nonstick skillet over medium high heat.  Once potatoes are golden brown toss in onion and ground beef.  Sautee until meat is fully cooked and browned. Season with spices and toss in the remaining veggies. Keep stirring until everything is hot and steaming.

Serve over rice and alongside some tortillas.