In my last post I mentioned that I was going to start a new series called Mexican Mondays.  If you've been following my blog then you should know that I'm Mexican American and I've realized that it would be fun to feature some recipes that I grew up with.  For my first post I'm featuring one of my favorite recipes and one of the easiest one to make, calabacitas con queso (zucchini with cheese).  My mom used to make this recipe for me when I was little and my grandma used to make it for me when I would go visit in Mexico.  When I had this dish at my grandmother's house she would make it with vegetables that were grown in their farm and with homemade cheese. 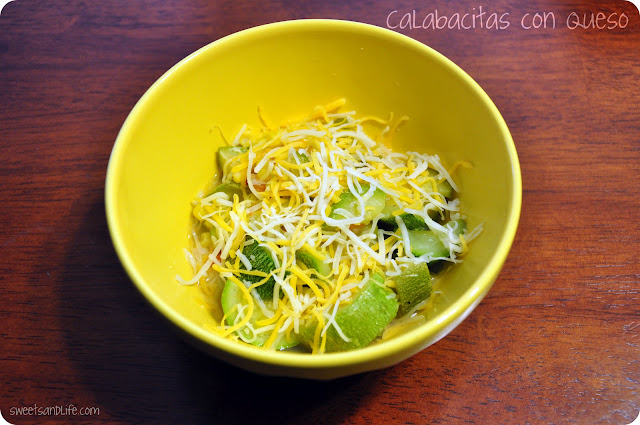 You will need about 3 or 4 white zucchinis also known as mexican zucchini. 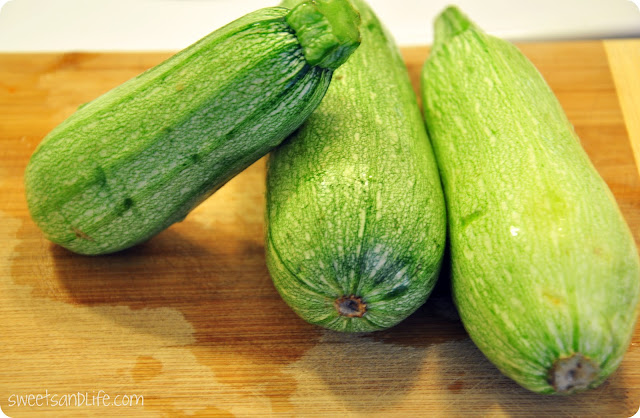 Chop zucchini them up the along with the tomato and onion. 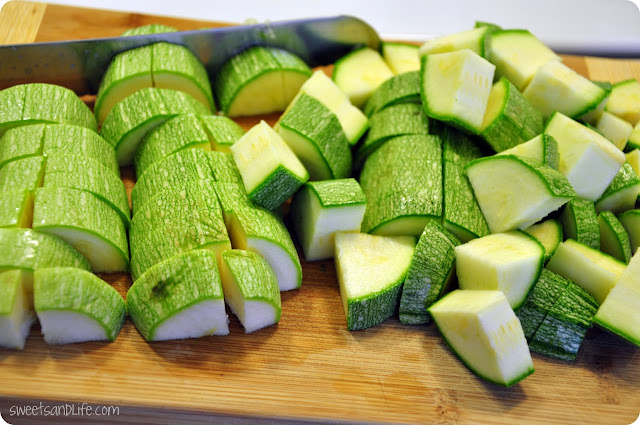 I usually fine dice the onion because I hate to eat huge chunks but its up to you how fine you prefer it. 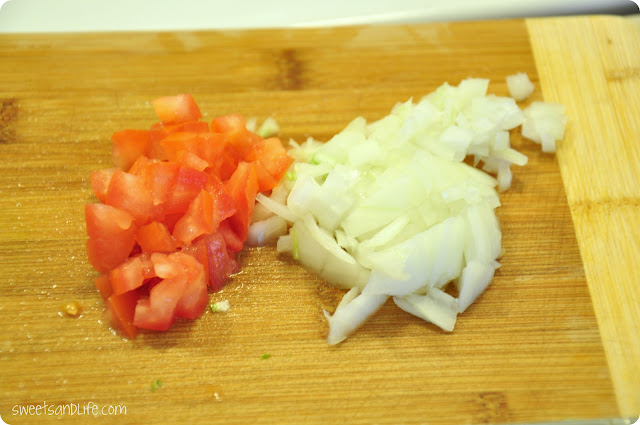 Once you have the zucchini, tomatoes, and onions chopped place them in a pot along with the frozen corn, butter, water and spices.  Cover the pot with a lid so everything can get nice and tender. 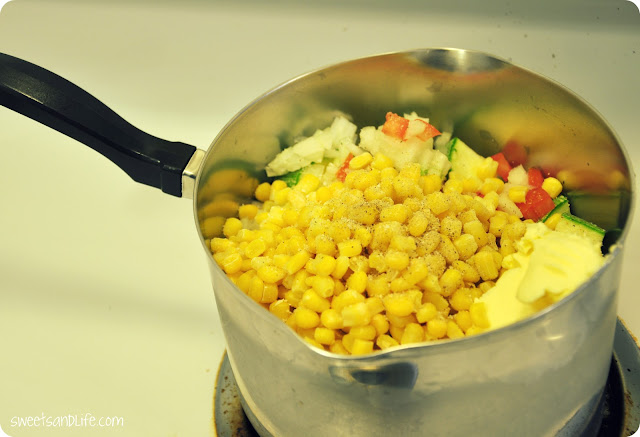 I usually put the timer on and work on something else while it's cooking and I try not to open the lid so the moisture doesn't escape.  You can either sprinkle the cheese directly in the pot after its done cooking or you can wait until you serve it on your plate. 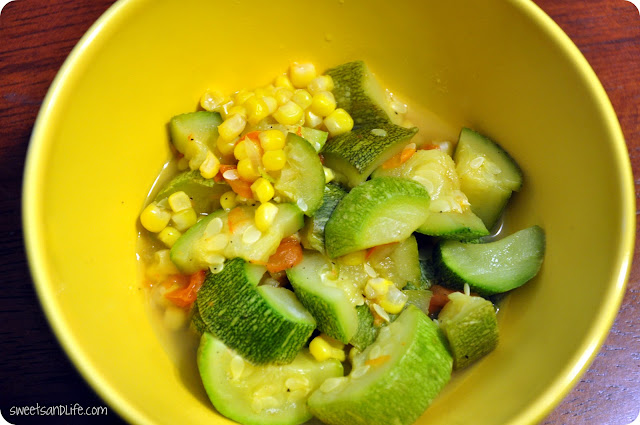 Place all the ingredients except for the cheese in the pot and cover with lid.  Cook over medium low heat for about 40 minutes or until zucchini is tender.  Serve hot and sprinkle with your favorite type of Mexican cheese.

Enjoy alongside some tacos,  chicken, rice, or beans.